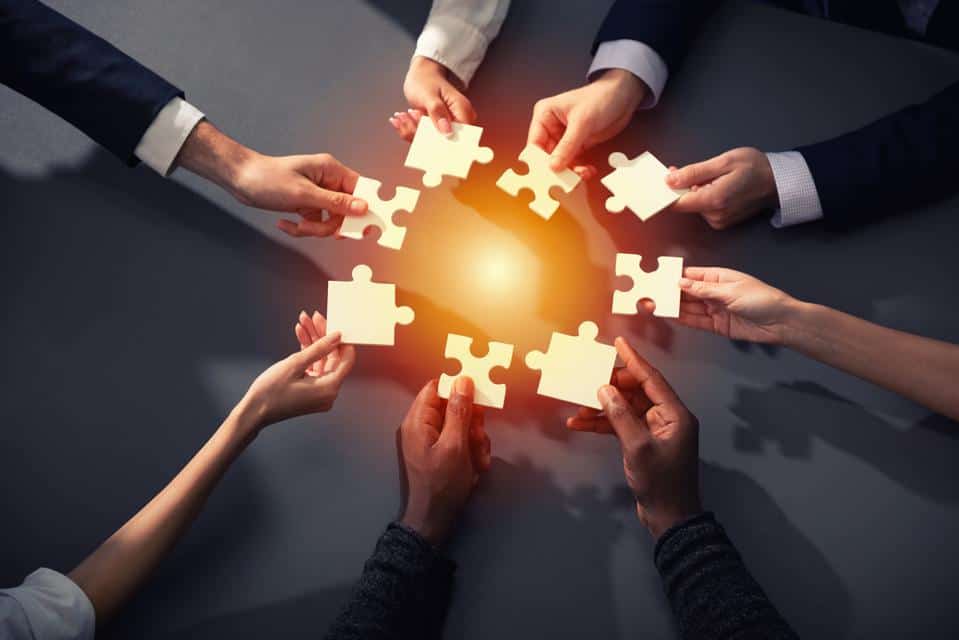 Every company has the potential to improve engagement and productivity by leveraging the science of human dynamics. A recent Gallup report shows the lack of employee engagement cost our global economy $7.8 trillion in lost productivity. “That’s equal to 11% of global GDP,” according to the report. Factors such as competing distractions, the pace of change and fallout from the pandemic drove global engagement down since it peaked at 22% in 2019. Smart leaders can turn the tide by deploying three important levers: connection, direction and power.

Many believe we are all made of and powered by the same ultimate source: energy itself. Albert Einstein is often attributed with saying, “Everything is energy, and that’s all there is to it.” Leaders who understand this phenomenon can create a competitive edge for their company by leveraging the science of human dynamics, defined as those forces that stimulate growth, development or change.

My perspective has been shaped by more than 20 years of leading corporate innovation. I’ve learned that the barriers to adoption and engagement were more related to behavior change than to the value of the innovation itself. Even the greatest new ideas and technologies failed to launch if there was not a viable connection, clear direction and power from purpose to ignite change.

In the early 2000s, I began studying and writing about behavior change as it relates to engagement, and then I obtained energy engineering certifications to learn more about the technologies impacting our company’s investment portfolio at the time. The more I learned about and applied the attributes of electricity to behavior, the more engaged our culture became.

Not by coincidence, many activities and attitudes within the workplace are described in energetic terms: burnout, connectivity, output, production, transformed, drained, flow, power, vibe, in-sync—the list goes on. And what is the universal symbol for a great idea? The lightbulb!

Whether implementing new ideas, energizing an employee or maximizing organizational output, human dynamics is an edge your company can start leveraging today. Here’s how.

Today, one in three employees feel disconnected from their leaders at work, according to the 2022 Global Culture Report by the O.C. Tanner Institute (download required). And disconnected workers are at risk of burnout. Behavior researcher and business consultant Brené Brown defines “connection” as “the energy that exists between people when they feel seen, heard, and valued; when they can give and receive without judgment; and when they derive sustenance and strength from the relationship.”

When a connection has been made between the source of power (the employee) and the beneficiary (the organization), the potential exists to amplify or add momentum to work in progress. When the connection does not occur, people disengage, burn out and quit.

Think of it in energetic terms: You might have a drawer full of batteries in different shapes and sizes, each with a unique purpose. Unless the power source is placed inside a device that aligns perfectly, it sits idle—and eventually loses power.

People are no different. It takes many unique and diverse resources to power a multitude of devices. Creating engagement starts with being connected to a shared purpose. Every employee must be able to identify how their actions directly relate to the desired outcomes. If they don’t feel like their contribution is necessary or valued, their power is minimized and ultimately depleted.

According to the U.S. Energy Information Administration, more than 60% of the energy used for electricity generation is lost in conversion. What’s more, an additional 5% is lost during transmission. For organizations, “line loss” is measured by disengagement, burnout and turnover.

With the accelerating pace of change and 24/7 emails and news cycles, it might not come as a surprise that a 2018 survey by Udemy found that 54% of respondents said, because of distractions, they aren’t performing as well as they could be at work. But distraction due to competing information overload is not the only issue; distraction also occurs when objectives and expected results are unclear or ambiguous.

In Jim Collins’ legacy book Good to Great, I learned that organizations with returns of three times the market over a 15-year period had effective leaders that committed to a clear and compelling vision. But it goes beyond aspirations. As I also learned from Malcolm Gladwell in The Tipping Point, we need both relevance (personal connectivity to the cause) and less than three clear, actionable steps.

By leveraging these dynamics, I have found the highest-impact way to maximize engagement and productivity is to set a clear direction, then work with each individual to identify one clear action to move forward at a time. One action with full power has less “line loss” than multiple new requirements at the same time, thus reducing the same energy.

When possible, include that action into a process that already exists, such as an annual or mid-year review, because it creates less friction and resistance. Plus, it will be easier to track progress year over year.

Only 39% of leaders surveyed felt their company’s purpose was articulated clearly throughout the organization, according to a survey published by Harvard Business Review. That leaves a lot of productivity on the table since the majority of employees now report purpose among the highest reasons to engage at work. While purpose has always been a primary need, the ripple effects of the pandemic expanded its significance.

In human dynamics, once a person is connected and clearly understands the direction, purpose becomes the catalyst that gets them moving. The higher their vibe, meaning the more they are naturally aligned with and energized by the role they have been assigned, the more potential energy is released. This creates more engagement and higher productivity.

These three steps are a proven starting point to ignite transformation and innovation. Every company has an opportunity to leverage the science of human dynamics to improve its engagement and productivity by also improving its connection, direction and power.

This article originally appeared on Forbes.

← Forbes: 14 Things Leaders Should Do Every Day To Better Manage Their Time Tabitha Scott of Epic Pivot Accepted into Forbes Business Council →